'Welcoming Maharaj To A New Home' 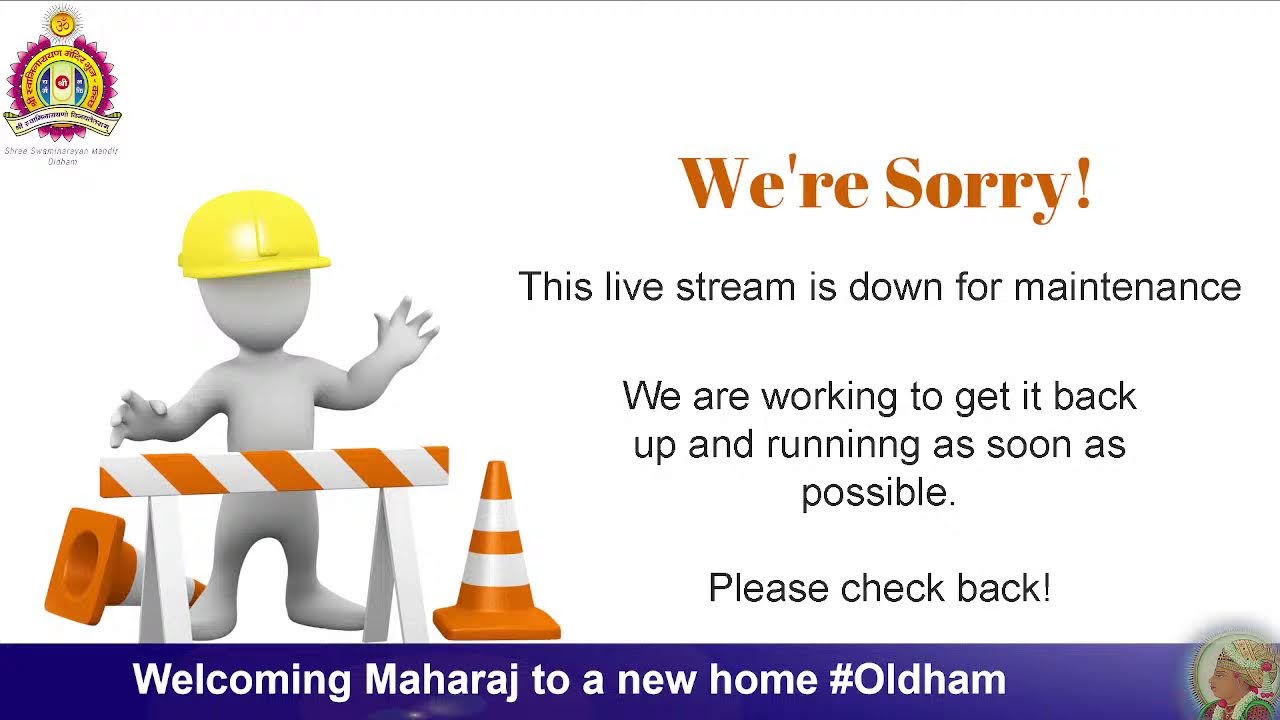 In the late 1960’s Satsangis started to migrate to the UK from places such and Kenya, Uganda and India and began to settle in Oldham. With the thriving cotton mill industry in the North it provided employment opportunities to ensure Satsangis had regular income as well relatively affordable house prices compared to London.

With the number of Satsangis growing quickly to ensure that the Swaminarayan Satsang stayed a part of their lives, Sabhas would be held in a music hall in Werneth Park in Coppice, here Satsangis would gather regularly as well come together to celebrate various Utsavs. Aksharvaas Mahant Swami Shashtri Swami Dharmajeevan Dasji would often send letters alongside Prasad which would be distrusted at these Sabhas.

Ahmedabad Gadi Acharya, Tejendraprasadji Maharaj visited Oldham in 1976 and seeing the numbers of Satsangis present and with the numbers increasing he suggested a Mandir be built which would firmly establish the Swaminarayan Satsang in Oldham.

With the blessings of His Holiness Acharya Tejendraprasadji Maharaj, Aksharvaas Mahant Swami Shashtri Swami Dharmajeevan Dasji and other senior Santos of Bhuj, a derelict Baptist Church on Lee Street was purchased in June 1977. A inspiring major renovation project was undertaken of the Church to convert it into a fully functioning Mandir, it truly was a labour of love and selfless Seva from both men and women of all ages. The Mandir was officially opened on 22nd October 1977, with Maharajshri himself presenting a Divine and beautiful Murti of Sahajanand Swami, which has resided in our Mandir ever since.

Oldham Mandir was the third Swaminarayan Mandir in the UK and the first to hold Sabhas 7 days a week both morning and evenings. Oldham Mandir established Gujarati School to preserve our mother language as well as Yuvak Mandal being established to engage the youth in the activities of the Mandir.

Throughout the years a number of building projects and renovations have taken place in order to adapt the Mandir to cater for the needs of the Satsangis.

Search For a New Site

The Satsangis in Oldham Mandir have been searching for a new site for many years having outgrown the current
Mandir and it not being able to cater for the needs, such as parking, separate hall, kitchen space etc.

Various sites had been identified and evaluated but were deemed inappropriate for out Satsangis. The search
continued for many years but then with the blessings of Maharaj, Dharmakul and Santos a perfect site was identified
and purchased in 2018, which is literally on the door step of the existing Mandir.

With the new site purchased, work started imminently on the scope, design and planning of the New Mandir complex. A project team consisting of Architects, structural engineers, mechanical engineers, Haribhaktos and Santos was created, this team has worked tirelessly to scope out the project, deliver a project and vision that create a space for the Satsang to flourish.

With the tireless work we were able to secure planning in 2019 and the Khat Murat of the New Mandir took place at the Mandirs 42nd Patotsav in July of 2019.

The team has worked to develop and design a purpose built Mandir that would cater to Satsangis of all ages and importantly to create an Outstanding Mandir fit for all, ensuring that Satsangis not only have a place were they can feel closer to Maharaj but also a place where they can get together socialise and create memories.

The Mandir truly will be Outstanding from the landscaped gardens, to the courtyard, the multipurpose Sahajanand Hall and not forgetting the grand Mandir Hall, in addition the front of the Mandir Entrance will replicate the front gate of Bhuj Mandir and ensure that we never forget out roots and strong ties with Bhuj Mandir.

How can you help

With building work commending in July 2020 and the Mandir opening being planned for the Summer of 2022 there will be many ways in which you will be able to provide help, support and Seva throughout the project.

Ultimately this is Our Project, Our Mandir, Our Maharaj and by coming together, undertaking selfless Seva we will be able to deliver an Outstanding Mandir, Join us in the journey as we Welcome Maharaj to a New Home.

To donate towards to the New Mandir, click here, if you require any further information please do not hesitate to contact us via our Social Media Channels.